LIKE. SHARE. FOLLOW . . . DIEThe ‘Hashtag Murderer’ posts chilling cryptic clues online, pointing to their next target. Taunting the police. Enthralling the press. Capturing the public’s imagination.But this is no virtual threat.As the number of his followers rises, so does the body count.Eight years ago two young girls did something unforgivable. Now ambitious police officer Nasreen and investigative journalist Freddie are thrown together again in a desperate struggle to catch this cunning, fame-crazed killer. But can they stay one step ahead of him? And can they escape their own past?Time's running out. Everyone is following the #Murderer. But what if he is following you?ONLINE, NO ONE CAN HEAR YOU SCREAM. . .

THE WOMAN NEXT DOOR by Cass Green

Everybody needs good neighbours…
Melissa and Hester have lived next door to each other for years. When Melissa’s daughter was younger, Hester was almost like a grandmother to her. But recently they haven’t been so close.
Hester has plans to change all that. It’s obvious to her that despite Melissa’s outwardly glamorous and successful life, she needs Hester’s help.
But taking help from Hester might not be such a good idea for a woman with as many secrets as Melissa… 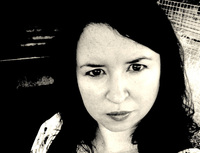 Something happened to Claire and Jo in Black Wood: something that left Claire paralysed and Jo with deep mental scars.

But with Claire suffering memory loss and no evidence to be found, nobody believes Jo's story. Twenty-three years later, a familiar face walks into the bookshop where Jo works, dredging up painful memories and rekindling her desire for vengeance. And at the same time, Sergeant Davie Gray is investigating a balaclava-clad man who is attacking women on a disused railway, shocking the sleepy village of Banktoun.

But what is the connection between Jo's visitor and the masked man? To catch the assailant, and to give Jo her long-awaited justice, Gray must unravel a tangled web of past secrets, broken friendship and tainted love. But can he crack the case before Jo finds herself with blood on her hands?

When the past catches up, do you run and hide or stand and fight?
When a woman is brutally attacked on a lonely country road by an escaped inmate from a nearby psychiatric hospital, Sergeant Davie Gray must track him down before he strikes again. But Gray is already facing a series of deaths connected to legal highs and a local fairground, as well as dealing with his girlfriend Marie's bizarre behaviour. As Gray investigates the crimes, he suspects a horrifying link between Marie and the man on the run - but how can he confront her when she's pushing him away? As a terrified Marie is pulled back into a violent past she thought she'd escaped, she makes an irrevocable decision.

And when events come to a head at a house party on Willow Walk, can Gray piece together the puzzle in time to stop the sleepy town of Banktoun being rocked by tragedy once more?

JOURNEY TO DEATH by Leigh Russell

Lucy Hall arrives in the Seychelles determined to leave her worries behind. The tropical paradise looks sun-soaked and picture-perfect—but as Lucy soon discovers, appearances can be very deceptive. A deadly secret lurks in the island’s history, buried deep but not forgotten. And it is about to come to light.As black clouds begin to gather over what promised to be a relaxing family break, Lucy realises that her father stands in the eye of the coming storm. A shadow from his past is threatening to destroy all that he holds dear—including the lives of his loved ones.A dark truth is about to explode into their lives, and that truth is going to hit them right between the eyes.

Hearing footsteps pounding along the street behind him he glanced back, fleetingly worried, then laughed because the street was deserted. All the same, he felt uneasy. Everything looked different in the dark.

Then he heard more footsteps approaching, and a hoarse voice called out. Turning his head, he made out a figure hovering in the shadows and as it raised one arm, the barrel of a gun glinted in the moonlight…

The dead body of unassuming David Lester is discovered in a dark side-street, and DI Geraldine Steel is plunged into another murder investigation. The clues mount up along with the suspects, but with the death of another man in inexplicable circumstances, the case becomes increasingly complex. As Geraldine investigates the seemingly unrelated crimes, she makes a shocking discovery about her birth mother.

When three dead bodies are discovered in Detective Ian Peterson's hometown of Kent, it becomes clear that a vicious killer is on the loose. And without his trusted colleague, Detective Geraldine Steel, by his side, Ian's left to take the lead on a complex murder case with few clues.The first victim is a middle-aged woman named Martha, brutally stabbed to death in the local park. Her husband, who did not report her missing, is the prime suspect until a young prostitute, Della, reveals his whereabouts the night Martha was murdered. But then she is strangled to death in her apartment. While the police are frantically gathering evidence and looking for a connection, a second prostitute is suffocated.With nothing but the timing of the murders to tie the three women to one another, Ian and his new partner, Polly Mortimer, struggle to make sense of the case and find the elusive killer before he strikes again. But by the time Ian realizes the truth, it may be too late to save Polly.

Come along to hear the authors talk about their books and answer good book group questions about their novels.

There will be an opportunity to buy copies of the books on the evening as well as mingle with the authors.

Ticket price includes a free drink on arrival and entry to a criminally good raffle.